Krav Maga is unlike other martial arts because it isn’t one. If it had to be labeled a martial art then it would likely be called a street martial art. Much like the streets, there are no rules in Krav Maga, just principles. Attackers are unlikely to ask for a fair fight or warn before they attempt to mug or rape their victims. Krav Maga practitioners train to do whatever they have to do in order to avert or defend themselves against attacks.

There are no competitions in Krav Maga, because there are no rules. That said, there are numerous stress scenarios, sometimes with white noise, reduced lighting, eye closed, etc… all things designed to increase the element of shock and surprise. In the real world that’s what’s likely to happen. Plus, a lot of martial arts are competing sports. Whilst the benefits are obvious, there can be a downside. Training for speed, power and tactics greatly enhances combative skills in the ring/dojo, however attention is required to asses their effectiveness on the street. If conditioned to fight under strict rules, what might happen when a fight spontaneously erupts without rules? How effective might one be against a surprise attack? What if the situation is totally unfamiliar?

A lot of the Krav Maga techniques have been written in blood. They’ve either saved lives or were developed because other techniques failed. Krav Maga teaches the most effective, quickest and more importantly instinctive techniques designed to work under high pressure situations.

Krav Maga is suitable for people of all sizes, ages and gender. It can also be very specialised. At the IKMF there is a full curriculum for children as young as 5, women, civilians, law enforcements, special forces, air marshals and military. Krav Maga is easy to learn because it builds on natural reactions. Unlike many martial arts that require years of choreographed patterns to develop muscle memory, Krav Maga draws on natural human instincts and turns them into defensive techniques and counter attacks. It’s like having a cheat sheet for an exam. Anyone can do it. It’s often said, Krav Maga is easy to learn and hard to forget.

Krav Maga is a real system for the real world. A win is when a practitioner reports a successful defence in a real-life situation. That’s why people practice Krav Maga. As Imi Lichtenfeld (the founder) famously said “so that one may walk in peace.”

The number-one factor in effective self defence is dealing with the adrenal fear rush that everyone – no matter how big or how small – gets in an intense situation. People can do amazing things when they can harness and unleash the power of adrenaline.

Our FAST Defence courses teach you about self protection and show you how to be in control of confrontational situations.

Adrenal stress occurs in every confrontation, however big or small. From the arguments you might have at work to a mugging or attack on the street, the body is flooded with adrenaline.

The biggest factor in having a successful outcome or surviving an attack, is being able to channel the adrenaline and therefore avoid freezing up. The objective of all FAST courses is that the student should learn to experience and control difficult situations whilst under the effects of adrenal stress.

FAST courses are built upon teaching the student to achieve these successes in controlled but ever increasing adrenal stress situations. Although the instructors control the scenarios, the students have a 'real' experience and effectively programme themselves for success in future encounters.

In self-protection terms, FAST is simple, highly effective and empowering. The student learns to understand their adrenal response and therefore to operate effectively.

However, there is more to the course than self-protection. Worldwide, these courses have had massive impact on peoples lives. Attendees report feeling empowered and more able to deal with the other stressful areas of their lives. Corporate clients report excellent results in management training and team building. Nearly everyone who experiences this training becomes a massive fan. 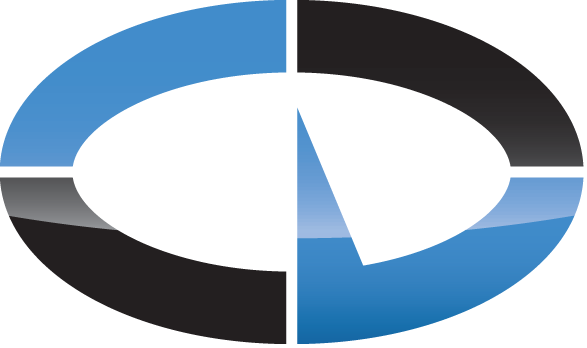 At Carpe Diem (Latin for: seize the day) we are passionate about life. We see ourselves in you. Regular people seeking to improve their quality of life by doing the things they are passionate about. We take a 360 view when it comes to wellbeing, very much inline with the principles of Krav Maga. When we look at self defence, we look at all the aspects it involves:

As with many martial arts, there are many organisation that practice Krav Maga. We think it is a good thing as the message continues to spread and more lives are saved. We respect many of them, however we find ourselves at home with the IKMF – the GOLD standard.

We work very closely with the IKMF Global Instructor Team (GIT) to deliver the principles of Krav Maga... the principles Imi based the system on. Principles are the context and we never lose sight of them. Our goal is to maximise the safety of our members outside the class. We always assume the worst possible scenarios when training. A good example is you have been caught unaware by a surprise attack by multiple attackers. You have be able to act immediately:

We avoid going down to the ground at all costs. In a situation of multiple attackers, it can be fatal.

When it comes to grading, we like our students to be over-prepared. We conduct syllabus walk-through sessions, pre-grading programmes, mock gradings and sign-off every student individually before registering them for a grading. We place emphasis on the values which we hope you share. We don’t impose them, as we believe our students should embody them in the first place. Carpe Diem core values are straightforward:

We practice Krav Maga because we love it. That’s why we are passionate about sharing our knowledge with you.

Seize the day & Give it a go
Book Trial Lesson